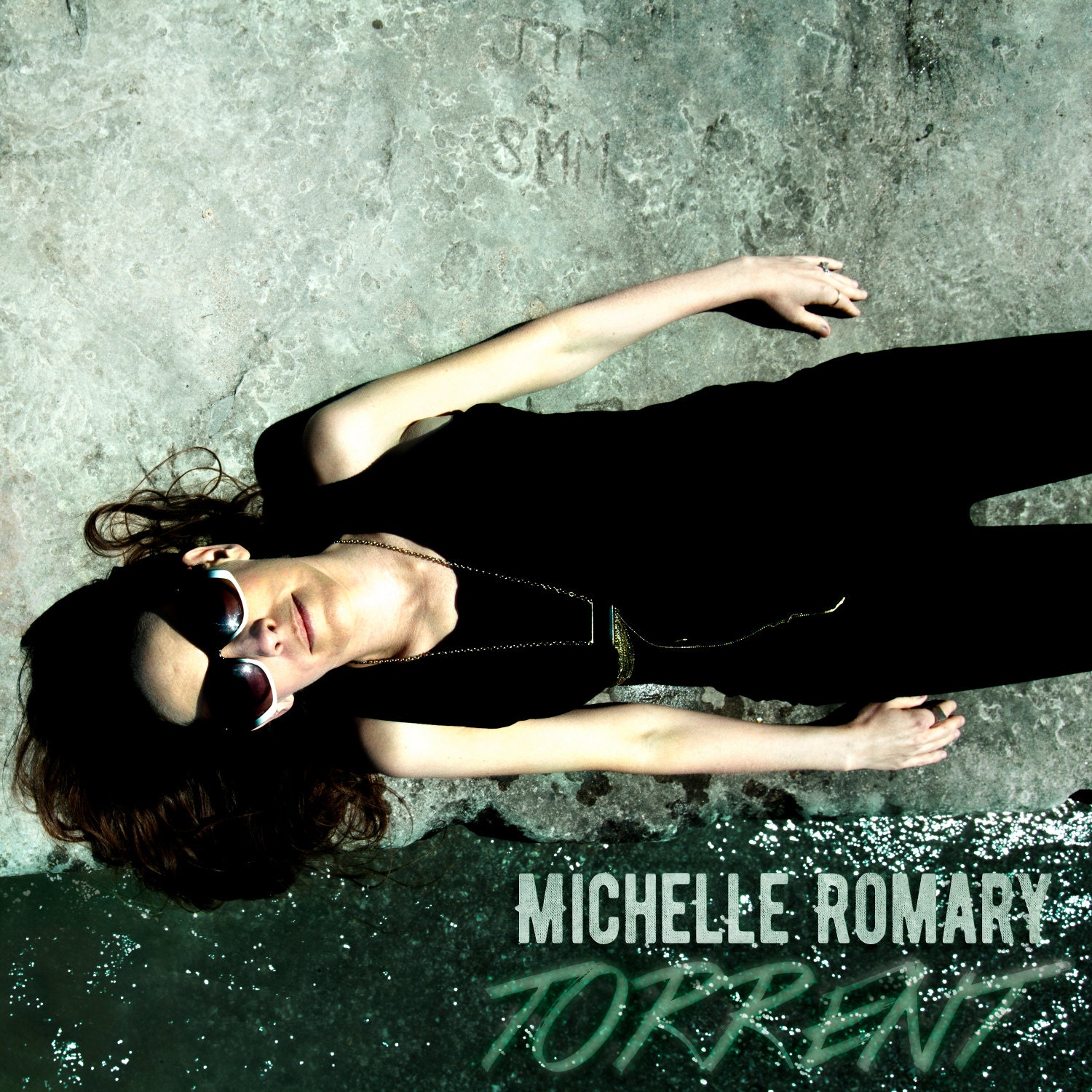 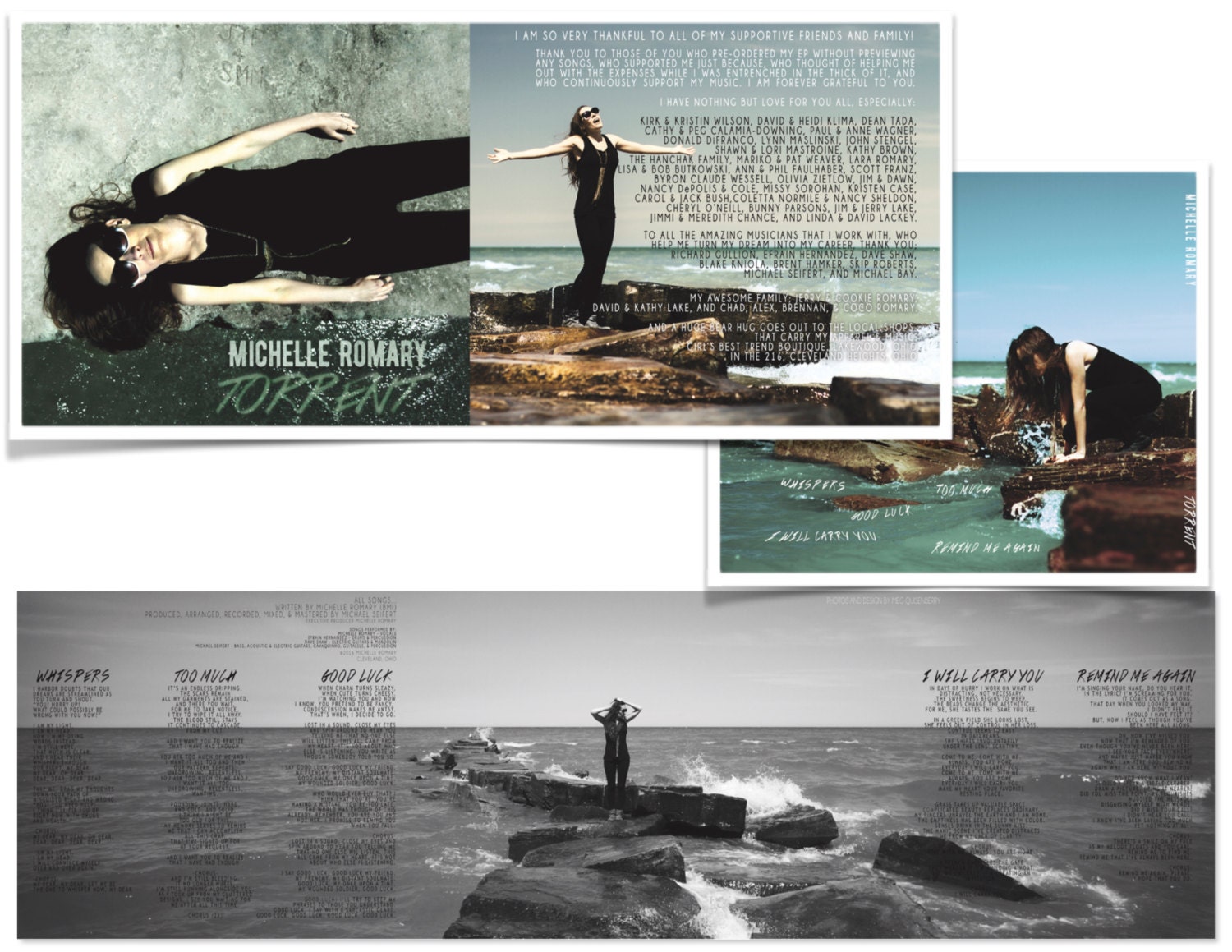 This listing is for a Physical CD of Michelle's EP, "Torrent," released May 2016.

Michelle Romary is a Cleveland based singer, songwriter, and recording artist with 2 new EPs released this past year. Described by Cleveland Scene Magazine as having "...incredible songwriting ability and amazing vocals..." her recent EP, Torrent, was released in May 2016 following her solo debut pop/rock EP, "Floating Shift," released on October 16, 2015. Both EPs were written by Michelle, and arranged, recorded, mixed, produced, and mastered by Michael Seifert, a multi-platinum award winning music producer, writer, arranger and recording engineer based in Cleveland, Ohio.

She is a pop/rock songwriter focusing on her passion for writing meaningful, honest lyrics, and singing a unique melody accompanied by music that touches your soul. She carries her passion and energy with her on stage at every performance, and surrounds herself with an excellent ensemble of talented musicians who make up her 5-piece band. Her televised performances; features in regional & local magazines; airplay on national & local radio shows; podcasts; and hefty live performance schedule of over 100 shows a year continues to contribute to her popularity throughout Ohio and beyond.

This is a 6 panel Eco Wallet layout complete with lyrics and CD in a pocket. For those of you who are interested, no plastic wrap, no plastic jewel case, no plastic cd holder inside; and when I ship I use 100% recycled paperboard or 100% recycled poly mailers from EcoEnclose (both are reusable & recyclable), because I care, a lot.

I do my best to ship out all of my orders within 3-5 business days (if not sooner). Most orders ship First-Class Mail, which is a 2-5 day service, unless the package requires Priority Shipping, as determined by the USPS.

All items are carefully packaged and shipped via USPS.

Domestic: Most orders are shipped USPS First Class Mail, which takes about 2-5 days.

International: Orders are shipped USPS First Class International Mail, which takes about 5-14 days, but has been known to take up to 20 days. As the buyer, you are responsible for any customs charges, and USPS does not include tracking. Please let me know if you would like to insure your order or if you prefer to upgrade to FedEx.

All items ship to the address entered at the checkout.

Sending it as a gift? I can definitely mail it to them instead! Let me know in the notes to buyer section and i will make sure to exclude a packing slip and I will be happy to add a note from you and gift wrap your order at no additional cost!

If you have any questions or need any help with your order please don't hesitate to message me.

But please contact me if you have any problems with your order.

If you are unhappy with your purchase, for any reason, please let me know within two weeks of receiving it. I want you to love your new purchases!

I do not accept returns or exchanges. My items are made by hand and usually made to order.

I will do what I can to make sure your purchase gets to you in perfect condition. However, if your order is damaged or lost in transit, I will issue refunds or replacements if you notify me within two weeks.

I do not cover shipping costs for returning an item.

I offer my items for consignment and wholesale. I currently have items in 5 stores in Northeast Ohio. If you are interested in featuring Michelle Romary Apparel and/or Michelle Romary Music in your store please contact me.

0 items in your cart